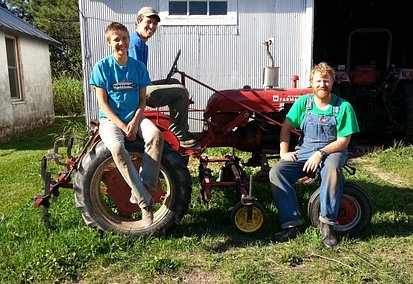 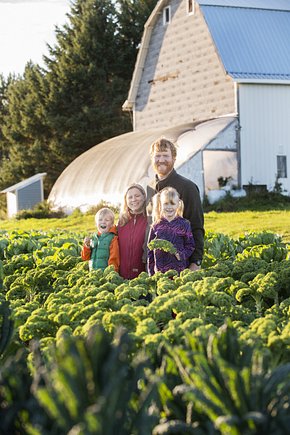 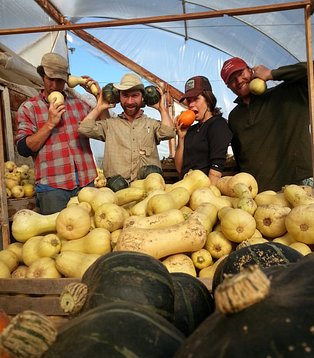 Rick and Karola Dalen have been running Northern Harvest Farm since 2005. They both graduated from the University of Minnesota-Duluth in 2003. Rick majored in Environmental Studies and minored in geography, philosophy, and music. Karola majored in biology with a focus on ecology and botany. As part of Rick’s degree requirements he completed a summer internship working at Rare Earth Farm, a CSA farm near Belgium, WI. His mentor at Rare Earth Farm was Steve Young, who made a deep impression on Rick. In the fall of 2003, Karola and Rick spent ten weeks traveling in southern Spain. There they worked on three different organic farms and talked about the possibility of starting their own farm some day.

Then in 2004 the opportunity to work with John and Jane Fisher-Merritt, Janaki Fisher-Merritt, Dave Hanlon, and the rest of the Food Farm crew, presented itself. John asked Rick and Karola, “So you want to be CSA farmers, eh?” The rest is history. During our time with the Food Farm we learned a tremendous amount about farming, life, running a business, and the meaning of hard work. The Fisher-Merritts continue to mentor and inspire us. We live just down the road now and always find good excuses to bug them.

After three successful seasons on our own farm, in November of 2009 we began to grow in a new way, when our daughter was born. Then in December of 2011 our son came along. We are now truly a family farm and are happy to have this opportunity. We continue to focus on the soil, steadily increasing it's fertility and tilth. We have also invested in infrastructure, equipment, and most importantly, people.

This work isn’t possible without people who are committed to connecting with their food and the land in new (and old) ways. Family farms have become a nostalgic notion in our culture. The predominant paradigm has become one that disconnects people from their food and from the land. It is an unhealthy and unsustainable system of agriculture that, unfortunately, we have all become dependent on. We believe it’s time to start rebuilding a vibrant rural economy, a local and regional food system, and to put the “culture” back into agriculture. Please join us in this exciting endeavor!

Karola and Rick with Food Farm crew in 2006